Read the Terms of Service on Social Media Sites 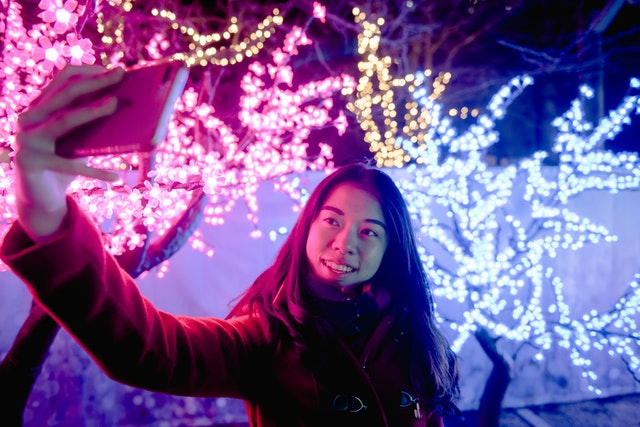 While Social Media was prevalent before the COVID-19 crisis, it is even more vital now as our only means of interacting with friends/family, current customers, and potential customers. By using these sites, you agree to their Terms of Service, sometimes referred to as the Terms of Use, which essentially act as a contract between you and the Social Media site. For example, here is a link to Facebook’s Terms of Service. By posting content on a specific Social Media site, you are subject to that site’s Terms of Service (TOS) as two recent court cases have reminded us.

The first case is Sinclair v. Ziff Davis, LLC, and Mashable, Inc., No. 1:18-CV-00790 (S.D.N.Y. April 13, 2020). The Plaintiff, Sinclair is a professional photographer, who uploaded a photograph, titled “Child, Bride, Mother/Child Marriage in Guatemala” (“Photograph”) onto her Instagram account, which is public account, viewable by anybody. The Defendant, Ziff Davis, owns Defendant Mashable, a media and entertainment platform that operates the website www.mashable.com.

In March 2016, Mashable published an article about female photographers whose work raises awareness of social justice issues. In this article, Mashable used a technical process called “embedding” to incorporate the Photograph that Sinclair previously uploaded to the server of Instagram. As a result of this process, a viewer on Mashable could see the embedded photograph, even though the photograph was hosted on Instagram’s server. Instagram uses a service called “application programming interface,” or “API,” to enable users to access and share content posted by others whose accounts are set to the public mode. Before publishing the article, Mashable did reach out to Sinclair and offered her $50 to license the Photograph, but she refused. Sinclair sued Ziff Davis/Mashable for copyright infringement.

Sinclair tried arguing that it was unfair for Instagram to force professional photographers like herself to choose between using the private mode on one of the most popular public photo-sharing platforms in the world, and granting Instagram a right to sub-license photographs to users like Mashable. However, by posting the Photograph to her public Instagram account, the court ruled that Sinclair had made her choice to abide by the TO

The second case is  Mishiyev v. Alphabet, Inc., No. C 19-05422 WHA (N.D. Cal. March 13, 2020).  Mishiyev is a YouTuber that goes by the name DJ Short-E. He claims to have had 250,000 subscribers for his two channels and over 110 million views. At some time, Mishiyev became concerned that YouTube was not alerting his subscribers to his content and he threatened a lawsuit. After this threat, Mishiyev started receiving notices that his content violated other’s copyrights (copyright infringement takedown notices as per the Digital Millennium Copyright Act safe harbor). In 2019, YouTube terminated Mishiyev’s account supposedly because of repeated copyright violations.

Mishiyev filed suit against YouTube for wrongfully removing his videos. He believed that removal was in retaliation of the threatened lawsuit regarding the alerts and not based on copyright violations. The court stated that Mishiyev’s complaint is about YouTube’s decision to terminate his account and disable the channels associated with it. YouTube’s “Terms of Service” agreement governed the terminated relationship. The agreement vested YouTube with significant control over the operation of its service, including the ability to remove uploaded content, disallowed infringing material, and gave YouTube the power to remove content that infringed upon another’s intellectual property rights.

Even though, the TOS said that users could dispute copyright claims against their channels, once a user submitted a counter-notice, the agreement gave YouTube sole discretion as to whether to restore the videos as well as whether to send the counternotice to the copyright owner.  The judge said “YouTube did not agree to act as a neutral processor of notices and counter-notices. YouTube retained control to evaluate counter-notices and infringement on its own”. YouTube, therefore, complied with its contractual commitments through the TOS and the judge dismissed the case with prejudice.

Read the Terms of Service Before Posting to Social Media

While all of us are posting personal and business content on social media to stay connected to each other during this crisis, we need to keep in mind that we are subject to the TOS of each site on which we post. These cases show that courts strictly apply the TOS to address issues between users and social media sites. By posting to these sites you are agreeing to the TOS. Be sure to read the TOS of the various social media sites on which you post and be familiar with the terms and their rights on each specific site.

Kathleen Kuznicki assists business owners, entrepreneurs and inventors with all things related to intellectual property and brand protection, including patents, trademarks, copyrights and licensing. She can be reached via email at Kathleen Kuznicki or (724) 776-8000.