A recent lawsuit filed in California is taking the internet community by storm and is sending shockwaves through the esports and online content creation industries. 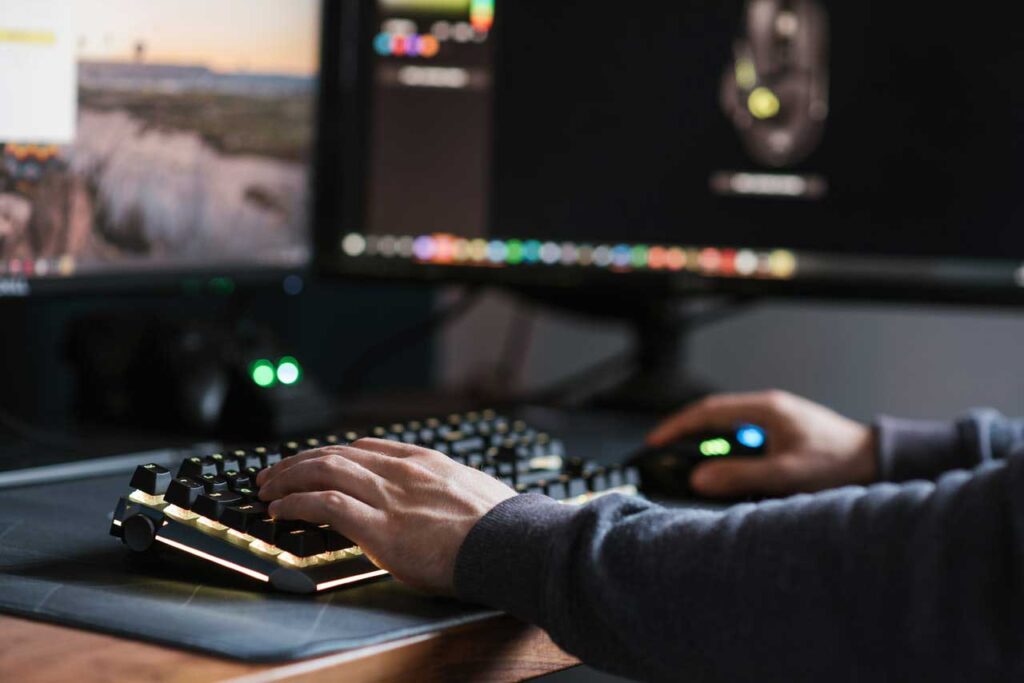 The lawsuit involves a pro video gamer and his team, alleging that the Gamer Agreement is “exploitative” and “oppressive,” and that the team is acting as an agent in violation of the California Talent Agency Act.[1]

Tfue, real name Turner Tenney, filed the lawsuit early last week against his team, FaZe Clan.  Tfue is one of the world’s most popular and prominent pro-Fortnite[2] players.  He has won a number of Fortnite matches, earning himself hundreds of thousands.  Tfue is also a content creator, who streams content on Twitch to hundreds of thousands of viewers and generates YouTube videos receiving millions of views.

FaZe Clan is, in large part, an esports organization that represents many competitive video games and is involved in multiple videogame franchises.  FaZe Clan’s players are also content generators who, like Tfue, stream content on Twitch and upload videos to YouTube and other social media sites.

Tfue’s lawsuit alleges that the Gamer Agreement is “oppressive” because it permits FaZe Clan to act as Tfue’s agent for all branding, sponsorship, and appearance deals.  FaZe Clan then keeps—or is at least entitled to collect—80% of the money generated from these deals, while it only gives 20% to Tfue.  The Gamer Agreement also limits Tfue’s ability to solicit his own branding, sponsorship, and appearance deals as well as his ability to join other gaming teams, even after he leaves FaZe.

While Tfue’s lawsuit is still in its infancy, it is already generating drama in the internet community.  A number of prominent pro video gamers have commented on the lawsuit, including Ninja, real name Tyler Blevins.  Popular YouTube personality Philip DeFranco has also commented on the lawsuit here and here.  The Blast, an online celebrity tabloid, entered the fray and leaked Tfue’s Gamer Agreement (PDF).  We will be doing a separate blog outlining Tfue’s contract.

In litigating Tfue’s lawsuit, some interesting and contentious issues are likely to arise.  One of those likely issues will ask whether California law even applies.  A related issue is whether the California courts are the right venue for the lawsuit.  The answers to these questions will depend on a number of factors.  Consideration will certainly be given to the Gamer Agreement provisions, which provide for the application of New York law, and venue in New York City.  The courts may also look to whether applying the contractual provisions are reasonable in light of the fact that Tfue and FaZe Clan reside in Los Angeles, California.  In addition, the fact that Tfue’s content is available throughout the U.S. may also influence the courts.

Which substantive laws the courts turn to in resolving Tfue’s dispute will also be a central and contentious issue.  At its heart, Tfue’s dispute centers on whether the Gamer Agreement is “oppressive.”  Such claims are not entirely new.  But, Tfue’s dispute is a new application to a relatively new and young industry.

Although the internet has been around for decades, lawsuits involving the internet are still new.  And, lawsuits involving esports and online content creation are even newer.  This means that the courts will be looking to analogize to more established areas of law that involve similar facts.  In resolving Tfue’s dispute, it would not be surprising to see the courts draw parallels to the laws applicable to the more traditional sports and entertainment industries.

In resolving Tfue’s asserted claims, the courts will also likely take a look at the esports and content creator industries in general.  In these industries, the pro video gamers and content creators are often young and unsophisticated.  According to Tfue’s lawsuit, FaZe Clan has signed a pro video gamer as young as 11 years old.  Tfue himself was just 20 years old when he signed his Gamer Agreement.  Many of these teenagers and young adults are not represented by attorneys.  The players are also overly trusting and overjoyed by the fact that someone wants to pay them to play video games.

Many of these same issues are present for online content generators.  Tfue’s lawsuit even touches on this fact by noting that he is not simply a “player” for FaZe Clan, but that he also creates content that generates millions of views on both YouTube and Twitch.  Even among content generators, Tfue is not the only one who feels that he was exploited.  Anthony Padilla, one of the creators of the popular Smosh YouTube channel, released this statement in which he briefly discusses that he felt exploited after selling Smosh for “zero dollars” in 2011.

In resolving the question of whether Tfue’s Gamer Contract is actually “oppressive,” the courts will again turn back to the internet community to see what contractual terms are typical in the industry.  The courts will also take into consideration how Tfue and FaZe Clan acted after signing the Gamer Agreement.

Over the last few days, an interesting issue regarding how Tfue and FaZe Clan performed the Gamer Agreement has already popped up.  In this statement, FaZe Clan admitted that Tfue’s contract entitled FaZe Clan to collect 80% of brand deals sourced by FaZe Clan, but then denied that it ever collected any such amounts from Tfue.  FaZe Clan also stated that it only ever made $60,000 off of Tfue under the Gamer Agreement.  Such factors could very much be central to any rulings on Tfue’s claims.

As discussed by many prominent content creators in their commentary to the Tfue lawsuit, it is important for anyone pursuing a career in the new and emerging e-commerce space to be represented by attorneys who are knowledgeable about these issues.  The lawyers of The Lynch Law Group have extensive experience in the e-commerce arena and represent content creators in matters ranging from business startups to licensing agreements and negotiations.

[2] Fortnite is a battle-royale-style shooter and is one of the most popular videogames in history. Epic Games, the publisher of Fortnite, publicly reported that the game generated over $1.2 billion in revenue in 2018.

Contact Dan Lynch, managing partner of The Lynch Law Group, at (724) 776-8000 of dlynch@lynchlaw-group.com for more information about Gamer Agreements, licensing, or other matters related to esports or e-commerce.