How Are Oil Prices Set And Why Are They Falling So Fast?

Home » News » How Are Oil Prices Set And Why Are They Falling So Fast? 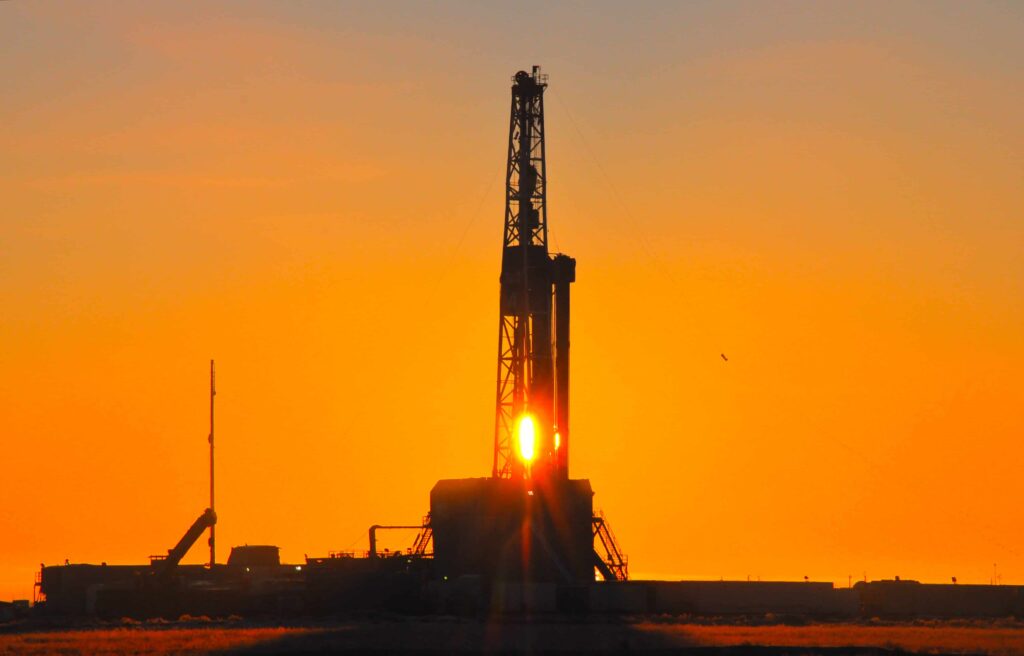 The price point at which crude oil is traded internationally is fixed predominantly by the Brent Crude Oil, West Texas Intermediate Crude Oil and Dubai/Oman Crude Oil benchmarks.  As of December 15, 2014, rates are as follows: 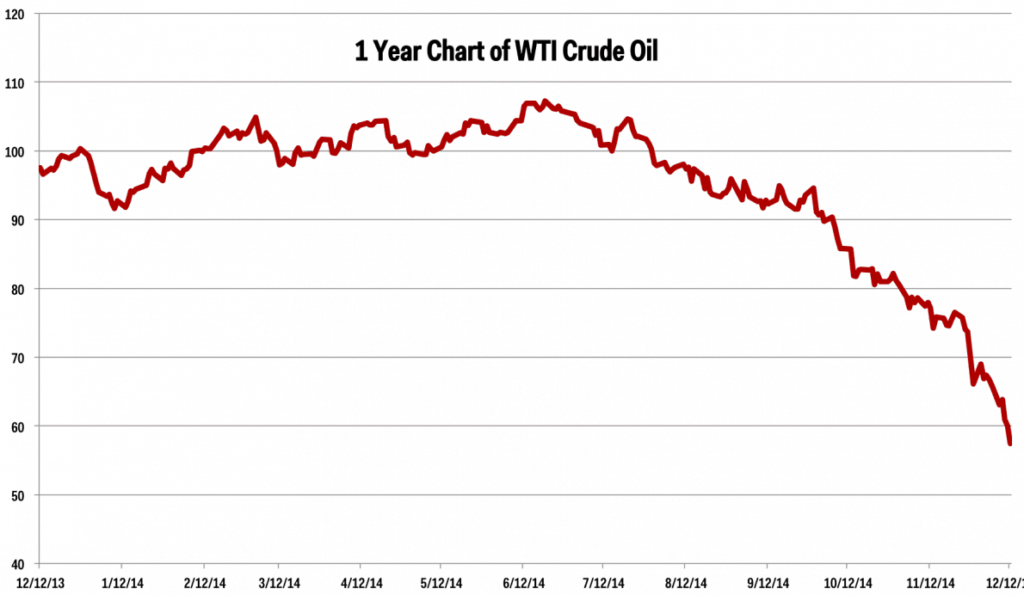 The Brent Crude Oil standard is used in Europe, the Mediterranean, Africa, Australia and some areas of Asia and is the most common global price index.  This benchmark relates to light, sweet crude generated from 15 oil fields located in the North Sea.

The West Texas Intermediate Crude Oil standard is used in the United States and also relates to light, sweet crude; however, it is lighter and of higher quality than Brent Crude Oil.  The West Texas Intermediate Crude Oil price is set in Cushing, Oklahoma, which has the largest storage capacity in the country and serves as the point of delivery of New York Mercantile Exchange futures contracts.  This benchmark is also applied to crude oil imported into the United States from Canada, Mexico, and South America.

The Dubai/Oman Crude Oil standard is used by Saudi Aramco, Saudi Arabia’s state-owned oil company, and relates to medium and sour crude produced in the Middle East.  This benchmark is applied to crude oil exported from the Middle East to China and Asia. 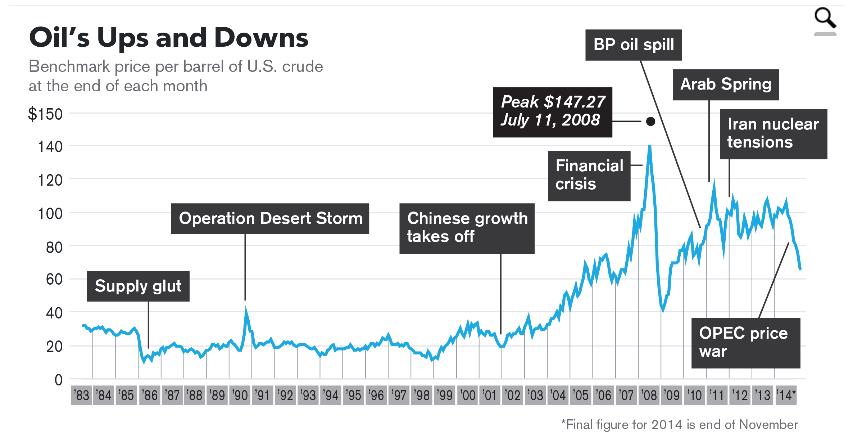 Global crude oil demand trends are driven largely by economics. Economic downturns around the world result in reduced oil consumption, which causes crude oil benchmarks to fall. Global crude oil supply trends were historically dominated by the Organization of Petroleum Exporting Countries (OPEC), which was founded in 1960 by Iran, Iraq, Kuwait, Saudi Arabia and Venezuela. These initial member countries were later joined by Algeria, Angola, Ecuador, Libya, Nigeria, Qatar and the United Arab Emirates. OPEC meets in March and September annually to evaluate global economics and crude oil demand and to set their price and production levels in accordance. 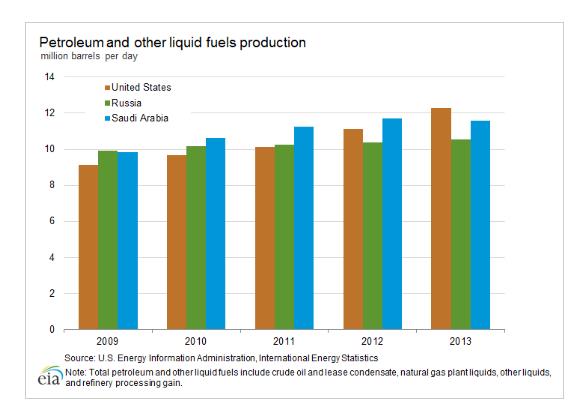 At a conference held on November 27, 2014, OPEC voted not to reduce oil production levels generated by member countries despite an already significant drop in crude oil benchmark prices. OPEC states on its website that increased production by non-OPEC countries was a causal factor:

The Conference reviewed the oil market outlook, as presented by the Secretary General, in particular supply/demand projections for the first, second, third and fourth quarters of 2015, with emphasis on the first half of the year. The Conference also considered forecasts for the world economic outlook and noted that the global economic recovery was continuing, albeit very slowly and unevenly spread, with growth forecast at 3.2% for 2014 and 3.6% for 2015. The Conference also noted, importantly, that, although world oil demand is forecast to increase during the year 2015, this will, yet again, be offset by the projected increase of 1.36 mb/d in non-OPEC supply.

Further, depths that were previously out of reach are now in production, as wells reaching 10,000 feet and greater are routinely drilled. The multilateral horizontal wellbore illustration below depicts a wellbore that “kicks out” at the “heel” of the well to allow the majority of the wellbore to run horizontally through the producing layer. This technological advance increases contact with the payzone and thereby increases production. 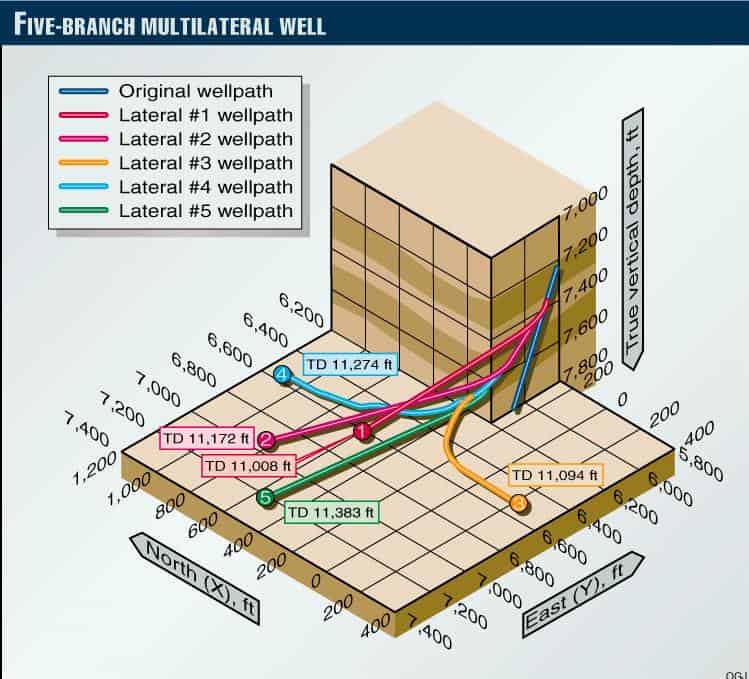 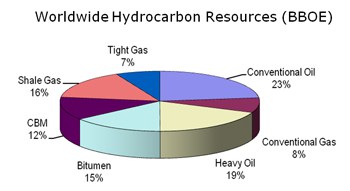 As a method to mitigate the detrimental impact of benchmark price fluctuations, oil producers frequently participate in contracts that set the purchase price applicable to future production. If the Brent, West Texas Intermediate or Dubai/Oman benchmark standards drop below the price agreed upon in the futures contract, producers respond by withholding production from the market. Decreasing the crude oil supply eventually depletes inventories and benchmark prices thereafter rebound.

An example of the impact of politics upon the price of oil is OPEC’s embargo against the United States in 1973, which was driven by our support of Israel. The ensuing lack of supply caused a significant rise in oil prices. At present, energy analysts speculate that Saudi Arabia’s move to cut oil prices rather than to decrease production was intended to damage its competitors and adversaries such as Russia, Iran and the United States’ booming shale oil industry.

What are the Ramifications of Dropping Oil Prices?

Ambrose Evans-Pritchard states in an article published in The Telegraph on December 9, 2014, that OPEC’s vote on November 27, 2014, reflects their weakened position:

The OPEC oil cartel no longer exists in any meaningful sense and crude prices will slump to $50 a barrel over the coming months as market forces shake out the weakest producers, Bank of America has warned.

Francisco Blanch, the bank’s commodity chief, said OPEC is “effectively dissolved” after it failed to stabilize prices at its last meeting. “The consequences are profound and long-lasting.”

The free market will now set the global cost of oil, leading to a new era of wild price swings and disorderly trading that benefits only the Mid-East petro-states with [the] deepest pockets such as Saudi Arabia. If so, the weaker peripheral members such as Venezuela and Nigeria are being thrown to the wolves.

The bank said in its year-end report that at least 15% of US shale producers are losing money at current prices, and more than half will be under water if US crude falls below $55.

It will take six months or so to whittle away the 1 [million] barrels a day of excess oil on the market – with US crude falling to $50 –  given that supply and demand are both “inelastic” in the short-run. That will create the beginnings of the next shortage. “We expect a pretty sharp rebound to the high $80s or even $90 in the second half of next year,” said Sabine Schels, the bank’s energy expert.

John Kehoe states in an article published in The Financial Review on December 2, 2014, that Citigroup analyst Tom Fitzpatrick concluded that oil producers in the United States can tolerate a drop in crude prices as low as $50 per barrel before ceasing production.  Kehoe references “revolutionary new fracking and horizontal drilling techniques” that have “unleashed a wave of new oil on to the energy market” and further states:

The US pumped out 8.8 million barrels of oil per day in September, 56 percent higher than in 2011.  At the same time, the traditional suppliers of oil in the Middle East have maintained pumping too.  The Organization of the Petroleum Exporting Countries surprised markets last week when it refused to cut production to support prices.  In previous price troughs, Saudi Arabia has stabilized prices by trimming production.  By keeping up supply, Saudi Arabia is believed to be trying to eliminate higher-cost US producers in the Bakken shale area in North Dakota and oil fields in Texas.

In summary, the ability of the United States to increase oil production by tapping unconventional resources has influenced crude oil benchmark prices as well as national and worldwide markets.

For more information on this topic, contact Karen at kanspaugh@lynchlaw-group.com or (724) 776-8000.

This entry was posted in Legal Watch, Oil and Gas and tagged oil prices. Bookmark the permalink. 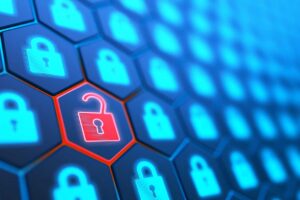 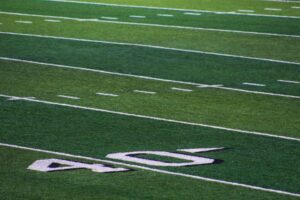