On January 6, 2021, the Department of Labor (DOL) entered a Final Rule and revised its interruption of independent contractor status under the Fair Labor Standards Act (FLSA) clarifying the standard, to promote certainty for shareholders, reduce litigation and encourage innovation in the economy.

The Final Rule will take effect 60 days after publication in the Federal Register, on March 8, 2021.

In October, attorneys Frank Botta and Todd Pappasergi of The Lynch Law Group submitted comments on behalf of several transportation companies and proposed a “bright-line test” that would be limited to the two “core factors” identified in the Proposed Rule which supports the standard that has been adopted.

The Final Rule identifies and explains the “core factors” that are most probative to the question of whether a worker is economically dependent on someone else’s business or is in business for him or herself.

The Rule then identifies three other factors that may serve as additional guideposts in the analysis, particularly when the two core factors do not point to the same classification. The factors for consideration are:

Now that we have merely two weeks before President Trump leaves office, the Final Rule’s shelf life may be in doubt. The Rule could take effect, at least temporarily under the new Biden Administration, or could be challenged in the Courts. The agency has the ability to reopen the rulemaking by requesting public input on whether to modify the test for Independent Contractor Status and move in a different direction. President-elect Biden’s incoming press secretary has cited the independent contractors regulation as one of the “midnight” rules that may be frozen from taking effect in a memo on Inauguration Day.

It is anticipated that the new Administration will be committed to restoring the Obama Administration’s aggressive wage-hour/wage-classification agenda, among others.

Frank C. Botta, Esq., a partner and Chair of the Transportation Practice Group at The Lynch Law Group, is available to assist you and answer your questions about the new regulation and how it impacts your business today and as the Biden administration commences. Botta is a Past President of the Transportation Lawyers Association. Frank has decades of experience representing commercial enterprises governed by various federal and state regulatory agencies, including the U.S. Department of Labor and the U.S. Department of Transportation. Please contact Frank at (724)776-8000 or fbotta@lynchlaw-group.com.

This entry was posted in Labor and Employment, Transportation and tagged DOL, FLSA, Independent Contractors. Bookmark the permalink. 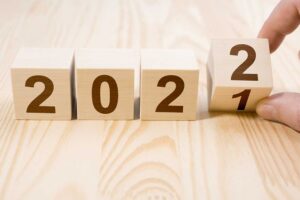