Courts in Southwestern Pennsylvania, and Beyond, Institute Emergency Procedures in Response to COVID-19

Home » News » Courts in Southwestern Pennsylvania, and Beyond, Institute Emergency Procedures in Response to COVID-19 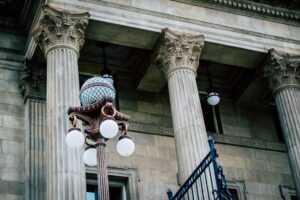 In as few as two weeks, businesses and society alike have been drastically affected by the spread of COVID-19. Many businesses have been ordered to cease operations entirely, while others have had no choice but to severely limit their operations for the foreseeable future.

Fortunately, over the last few years, The Lynch Law Group has integrated its filing system and converted all business processes to cloud-based platforms. These measures allow the Firm to remain fully operational and committed to providing exceptional service and communication to our clients for the duration of this new, temporary “normal.”

While our Firm has been fortunate to maintain business operations as usual, courts throughout Pennsylvania and the United States have implemented emergency orders and operating procedures, significantly altering the way we practice law.

On March 18, 2020, the Pennsylvania Supreme Court took the lead and issued an extensive order declaring a statewide judicial emergency and closing all Pennsylvania courts to the public through at least April 3, 2020, except for specifically defined “essential functions.” Many of these “essential functions” relate to specific constitutional or true emergency matters, including bail hearings, certain juvenile detention and shelter proceedings, or emergency injunction matters that involve matters of immediate or irreparable harm.

All trials (jury and non-jury), motions practice, conferences, and other court proceedings are postponed unless communication technology permits those matters to proceed. Further, the order suspended application of Criminal Rule 600(c), enforcement of most judicial time frames and filing deadlines, and execution on judgments of possession in landlord-tenant matters.

The Pennsylvania Supreme Court’s Order encourages individual appellate courts and counties to craft their own orders to manage the operations of each judicial district, consistent with the Supreme Court’s statewide order of March 18. As noted, judges are to take advantage of technology and proceed with cases as possible, but subject to constitutional limitations.

Practitioners and litigants should carefully review any court or county-specific order, and if necessary contact individual judge’s chambers to determine whether, and in what manner, their case will proceed. Parties seeking to file documents with any filing office, or those that wish to utilize any other local government agency/office should directly contact those offices to determine how those offices are operating during the pandemic.

U.S. District Courts for the Eastern, Middle and Western Districts of Pennsylvania

The Federal District Courts in Pennsylvania have all updated information at the top of their page regarding the operation of judicial proceedings in their jurisdictions. The information relative to each of these Courts can be found at the following links, near the top of each webpage:

U.S. Bankruptcy Courts for the Eastern, Middle and Western Districts of Pennsylvania

The Bankruptcy Courts for the Eastern, Middle and Western Districts have also issued standing orders and other written guidance regarding judicial operations during the pandemic. This information can be found near the top of each web page at the following links:

U.S. Court of Appeals for the Third Circuit

The Third Circuit has issued its own set of instructions regarding judicial operations during the pandemic. Information can be found in the news and announcements section of their website at the link shown below: