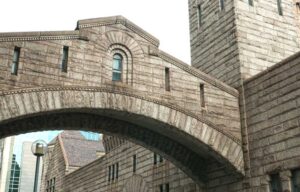 A recent opinion by the Honorable Philip A. Ignelzi of the Allegheny County Court of Common Pleas will have a profound effect on the way discovery is handled in all civil cases in Allegheny County. The case, Lau v. Allegheny Health Network, et al., touches on several issues that should be of interest to any party engaged in civil litigation in the County, as well as the lawyers who practice there every day.

Judge Ignelzi’s stated goal in Lau is to bring Allegheny County discovery disputes more in line with the approach of the Federal Courts. Judge Ignelzi believes that the Special Motions (“Happy Hour”) process is lax and has been abused by lawyers who seek Court intervention to “mediate issues related to counsel’s behavior, counsel’s (in)ability to properly ascertain the governing Rules of Discovery Procedure, to compel counsel to professionally confer and consult with opposing counsel to resolve issues, or to compel counsel to make reasonable efforts to expedite litigation consistent with the interests of the client.”

In Judge Ignelzi’s opinion, lawyers use access to “Happy Hour” as an “opportunity for informal continuing legal education, such as requiring the court to sift through voluminous and/or excessive poorly drafted interrogatories, answers, requests for admission/production, and/or responses.”

Consequently, Judge Ignelzi has determined that “continuing acceptance of informal ‘Happy Hour’ norms undermines judicial economy by compelling a party to seek court intervention to, in effect, have the Court examine and edit a party’s lax work product. ‘Happy Hour’ motion practice is not a substitute for meeting and conferring beforehand to resolve issues.”

To remedy this issue, the Judge proposes an amendment to Allegheny Local Rule 208.3(a)(4)(b), creating a formal requirement that parties “meet and confer” prior to presentation of any contested motion. The opinion makes clear that what the Judge characterizes as previous “Happy Hour” norms are “no longer acceptable and offending counsel will be sanctioned for egregious conduct.”

The gravamen of Judge Ignelzi’s reform of the discovery process is a direction to attorneys to know the discovery rules, to follow those rules, and not to attempt to use “Happy Hour” motions to referee disputes for which there is clear guidance in the rules. The Judge’s stated goal is to “convert ‘Happy Hour’ into ‘Happy Minute’” by requiring lawyers to police themselves through the “meet and confer” process.

In addition to reforming the process for handling discovery disputes, the Lau opinion places renewed emphasis on limitations to deposition objections, as well as upon an attorney’s ability to instruct his witness not to answer a question during a deposition. While the Lau case itself is a medical malpractice/birth injury case, Judge Ignelzi’s guidance with respect to deposition objections has broad applicability.

During the deposition at issue in the case, defense counsel made frequent “speaking” objections, and instructed his witness not to answer a number of questions on the basis of 1) the witness being asked for his opinion as to the standard of care, despite not being offered (or intending to be offered) as an expert witness at trial; 2) the witness being asked to engage in “retrospective review” despite not having participated in the delivery of the baby, and only having treated and advised the mother in the days before the delivery; 3) being asked questions about medical records despite not being designated as a “records custodian;” and 4) being asked “repetitive questions” during the deposition.

In each instance, Judge Ignelzi held that this was not a valid basis for instructing a witness not to answer a deposition question. Moreover, Judge Ignelzi extensively discussed the inappropriateness of “speaking” objections, as they can be used to coach a witness. He ultimately directs that appropriate objections in a deposition merely include the word “objection,” followed by a brief statement of the legal basis for the objection. Judge Ignelzi further holds that most of the issues raised by defense counsel address admissibility at trial, and that information can be discoverable even if it may not ultimately be admissible (and that a court is not in a position to make that determination while the discovery process is ongoing).

While Judge Ignelzi believes that virtually all deposition objections other than objections to form are preserved under PA.R.C.P. 4016, he advises attorneys to state as much as is necessary on the record at the beginning of a deposition to remove the need to raise most objections during the deposition, much less discuss them in detail.

While nothing in the Lau opinion breaks any new ground with respect to deposition objections, it is a powerful tool for an attorney to keep in their back pocket when conducting depositions in an Allegheny County case. If opposing counsel is running afoul of these rules, a reference to the Lau opinion may resolve a dispute without need for court intervention.

Effect on Clients and Their Lawyers

Inherently, discovery is a collaborative process between clients and the lawyers who represent them. Frequently, the client must play an active role in producing information, documents, and testimony sought by an opposing party through a valid discovery request. With the new dispute resolution process outlined in Lau, as well as the emphasis on existing discovery rules articulated by Judge Ignelzi, it is more important than ever that clients and attorneys work together to produce complete discovery responses in a timely manner, and that information only be withheld based upon valid objections supported by the applicable discovery rules.

With the move away from the relaxed, somewhat informal “Happy Hour” rules, parties have effectively lost a “mulligan” in the discovery process. Instead, Allegheny County Judges will expect that parties have met and conferred about any discovery dispute, and judges will be prepared to levy monetary sanctions against a party whose refusal to produce information or testimony is a clear violation of Pennsylvania’s liberal discovery rules.

James McGraw is a partner and litigation attorney at The Lynch Law Group. For more information on this change and how it may apply to your current or future matters in the Allegheny County Court of Common Pleas, contact James at jmcgraw@lynchlaw-group.com or by phone at (724) 776-8000. 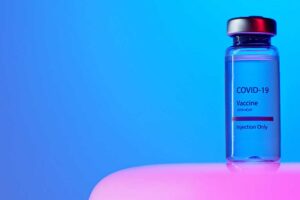